Funeral homes can be creepy and fascinating. They are sometimes housed in beautiful historic homes or have unusual features about them. The following funeral homes (and one home built by an undertaker), vary from the quirky to the downright bizarre.

In Portland, OR, there is a funeral home with a secret tomb underneath that is only open to the public on memorial day for an hour and a half. The crypt contains George Rae and his second wife Elizabeth. There marriage was considered scandalous at the time as Rae was widowed and Elizabeth was his much younger housekeeper. After George passed and Elizabeth inherited his lumber mill fortune, she had the elaborate tomb built and George's body exhumed so that they could be buried together forever. The hidden room has been in existence for almost 70 years but remains untouched. With features like marble sarcophagi and wicker chairs, this tomb attracts many visitors during its short window of visibility.

Paradise Funeral Chapel can take care of all your on-the-go wake needs. The owner installed a drive-thru viewing window so that mourners do not have to exit their vehicle to pay their respects to the deceased. When a car drives up, the curtain parts and music plays while the deceased is shown resting comfortably in the window. The owner reasons that drive-thru viewing makes sense for people who have mobility issues or who are too upset to get out of their car to see the deceased.

Former funeral home director, David H. Brown, requested that funeral homes all over British Columbia save their empty bottles of embalming fluid for him. When he retired, he collected the bottles from all over the province, and ended up with half a million of these glass embalming bottles. David built a quirky little cottage overlooking Kootenay Lake.The house was finished in 1952 and is actually quite cozy rather than macabre. The house is open to the public for visitation, seven days a week in the summer months. You will surprised out how the cottage is warm and inviting rather than creepy. Maybe you could even picture yourself living there. The views of the lake are spectacular as well.

As you can see, there are many different types of funeral home monuments, ranging form mausoleums to bottle houses. 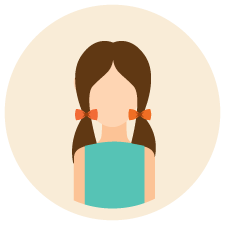 When my mom passed away, my dad and I were charged with the task of planning a funeral that everyone would love. Unfortunately, this would prove to be a difficult task, since many of my mom's relatives didn't speak English. We mulled over what to do, and we decided to meet with the funeral director for a few tips. He told us a few ideas for how to make the experience easy for everyone to understand, and we implemented his suggestions. It was incredible how much easier it made things on the day of the funeral. Read here for more funeral arrangement tips so that you aren't left stressing about more than you need to.